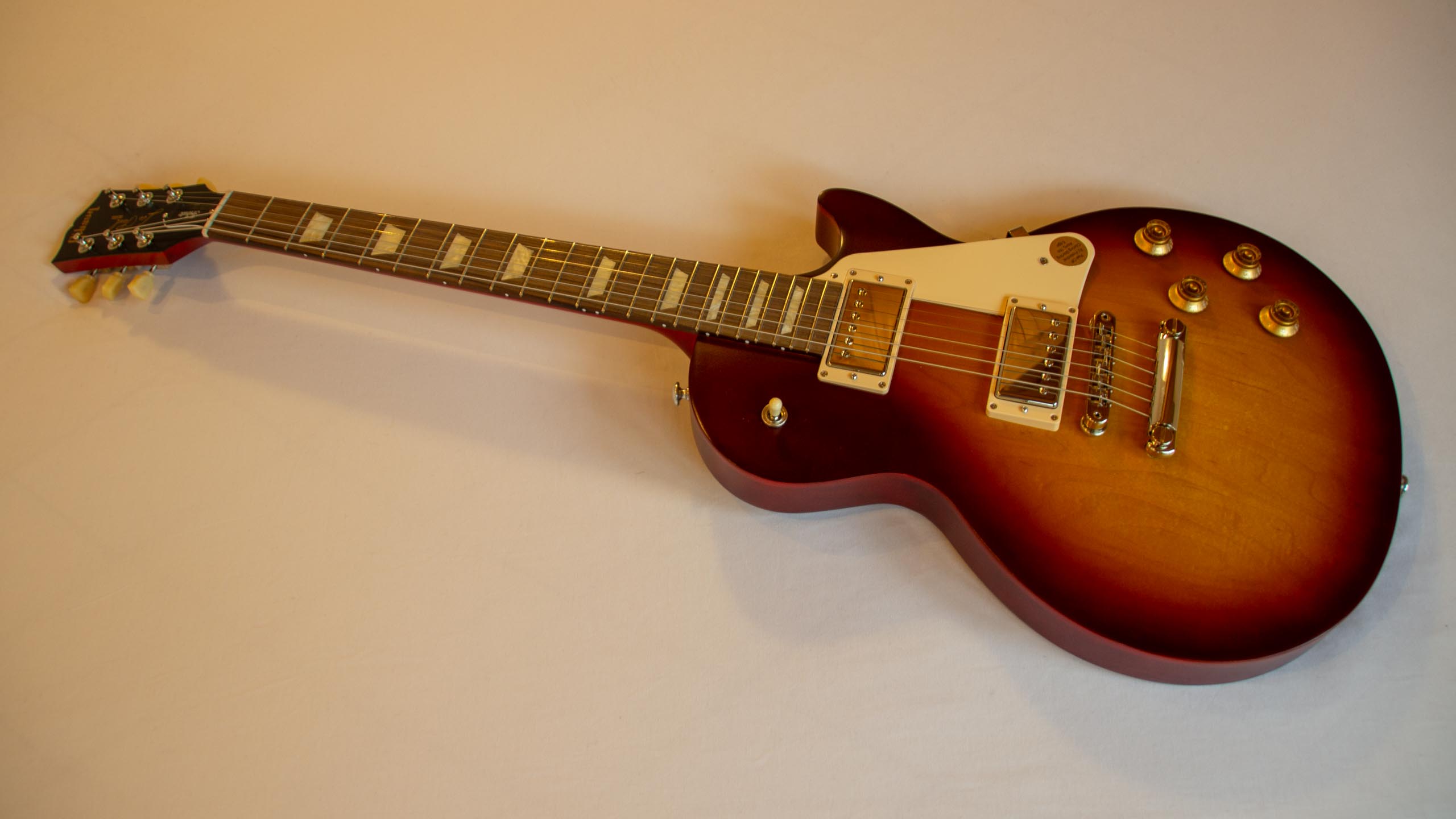 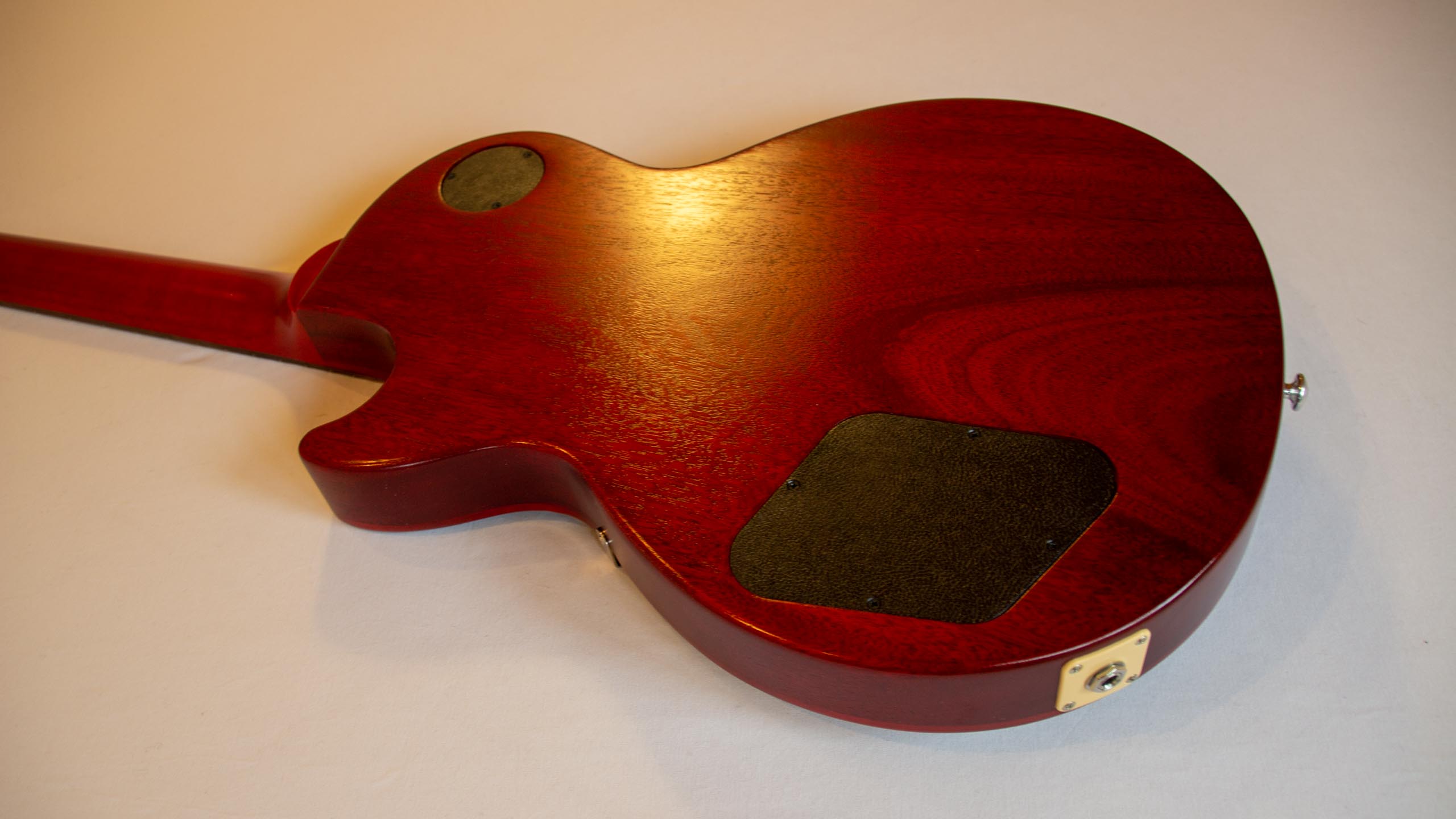 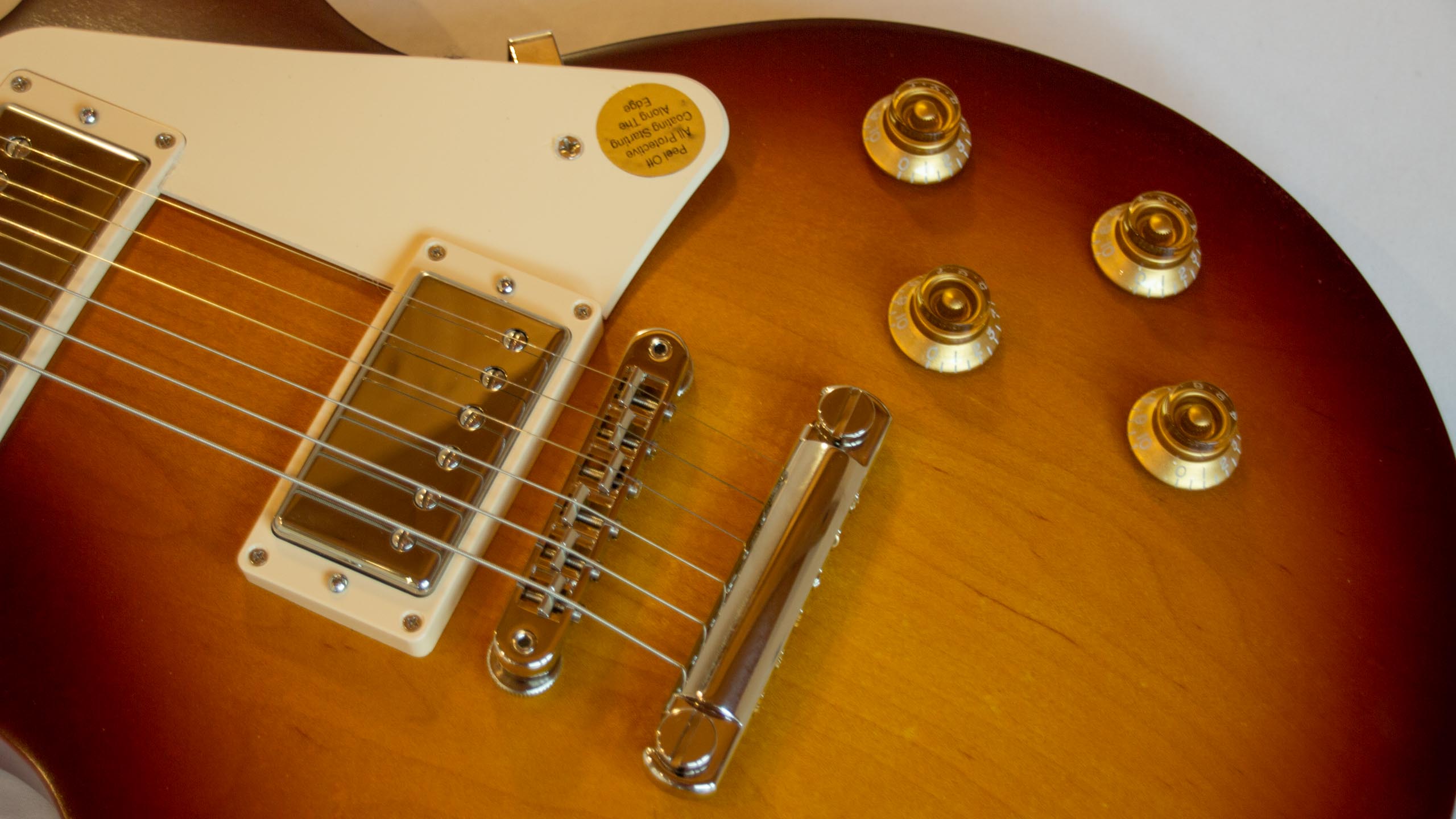 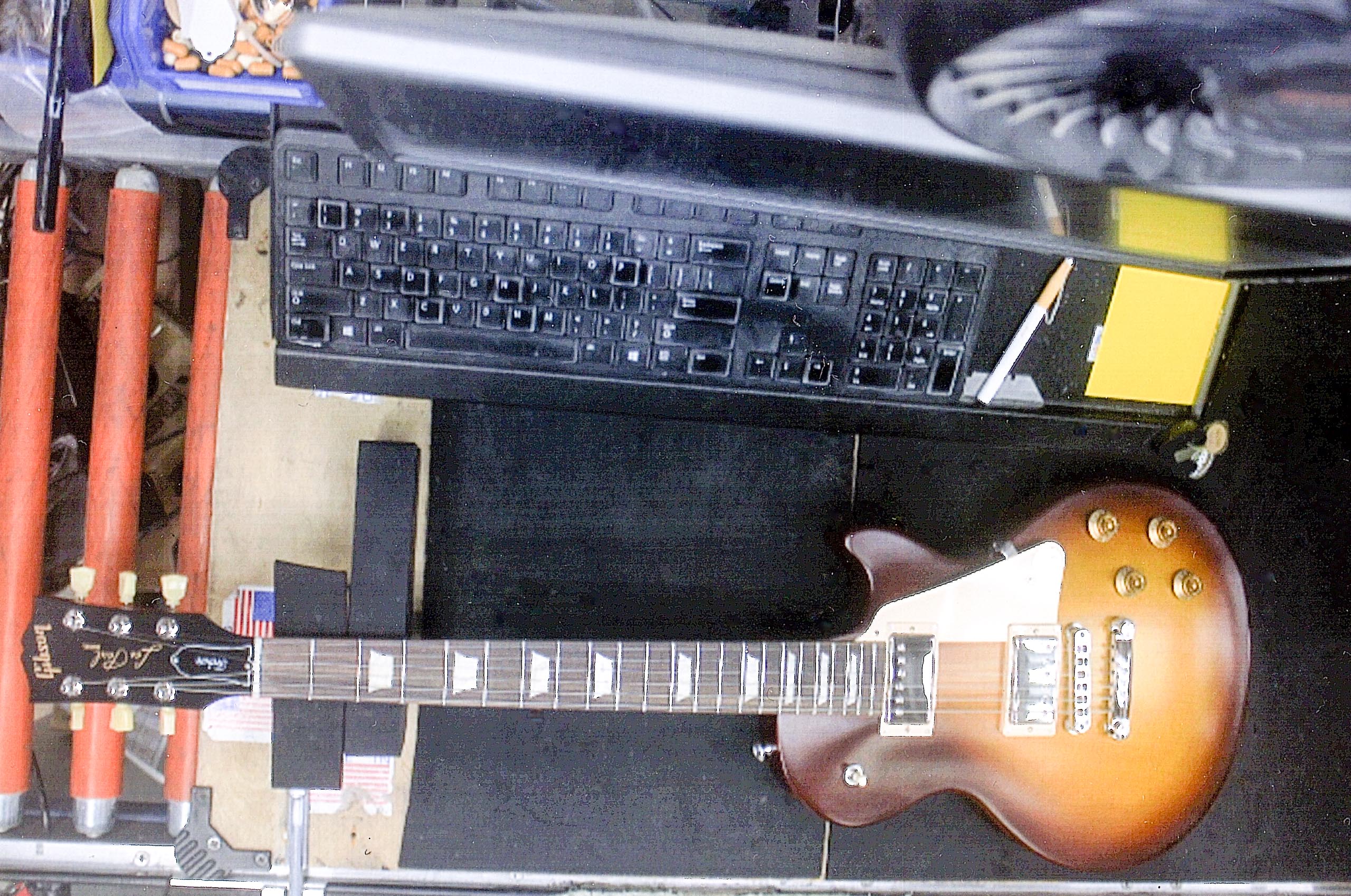 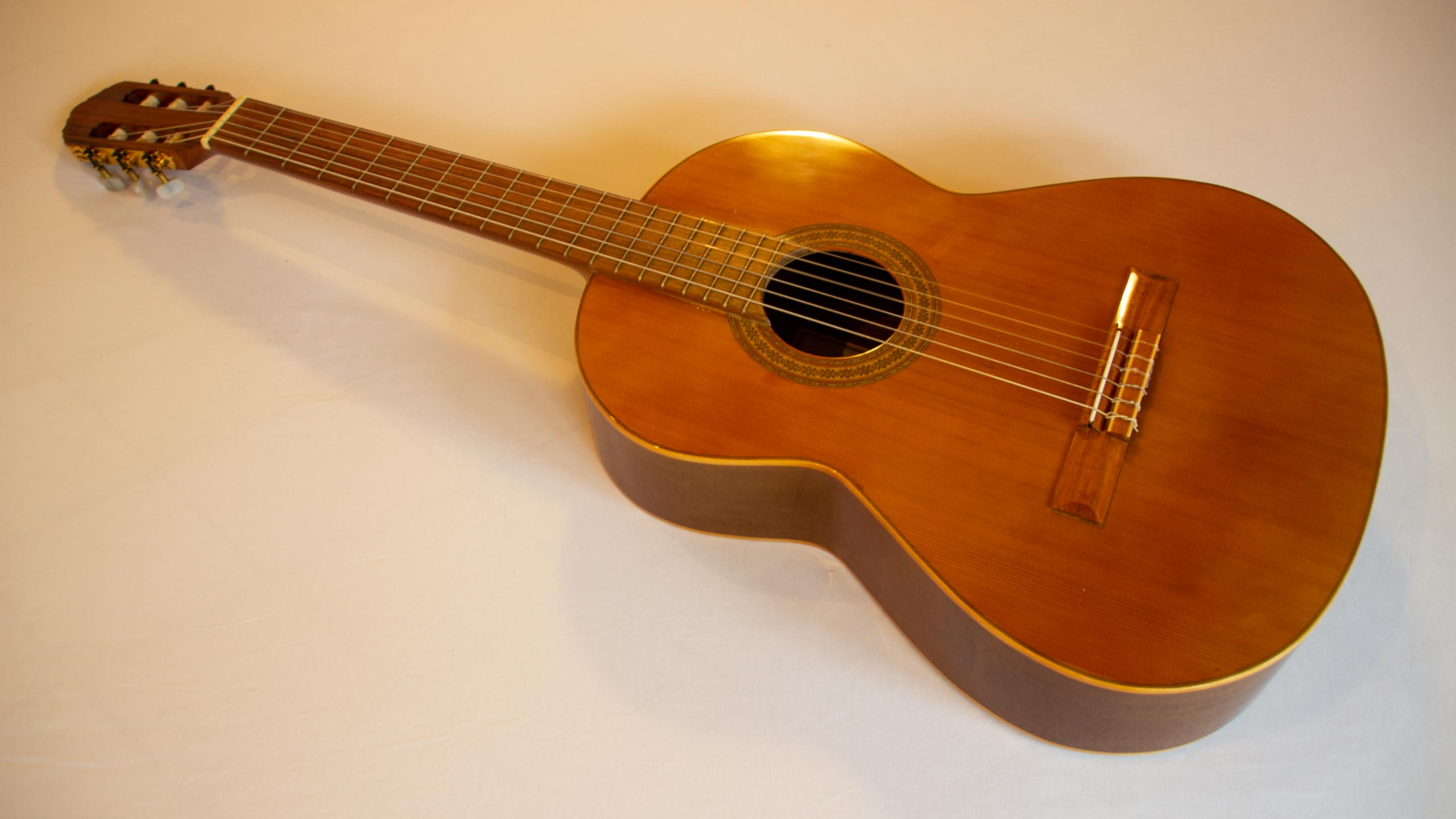 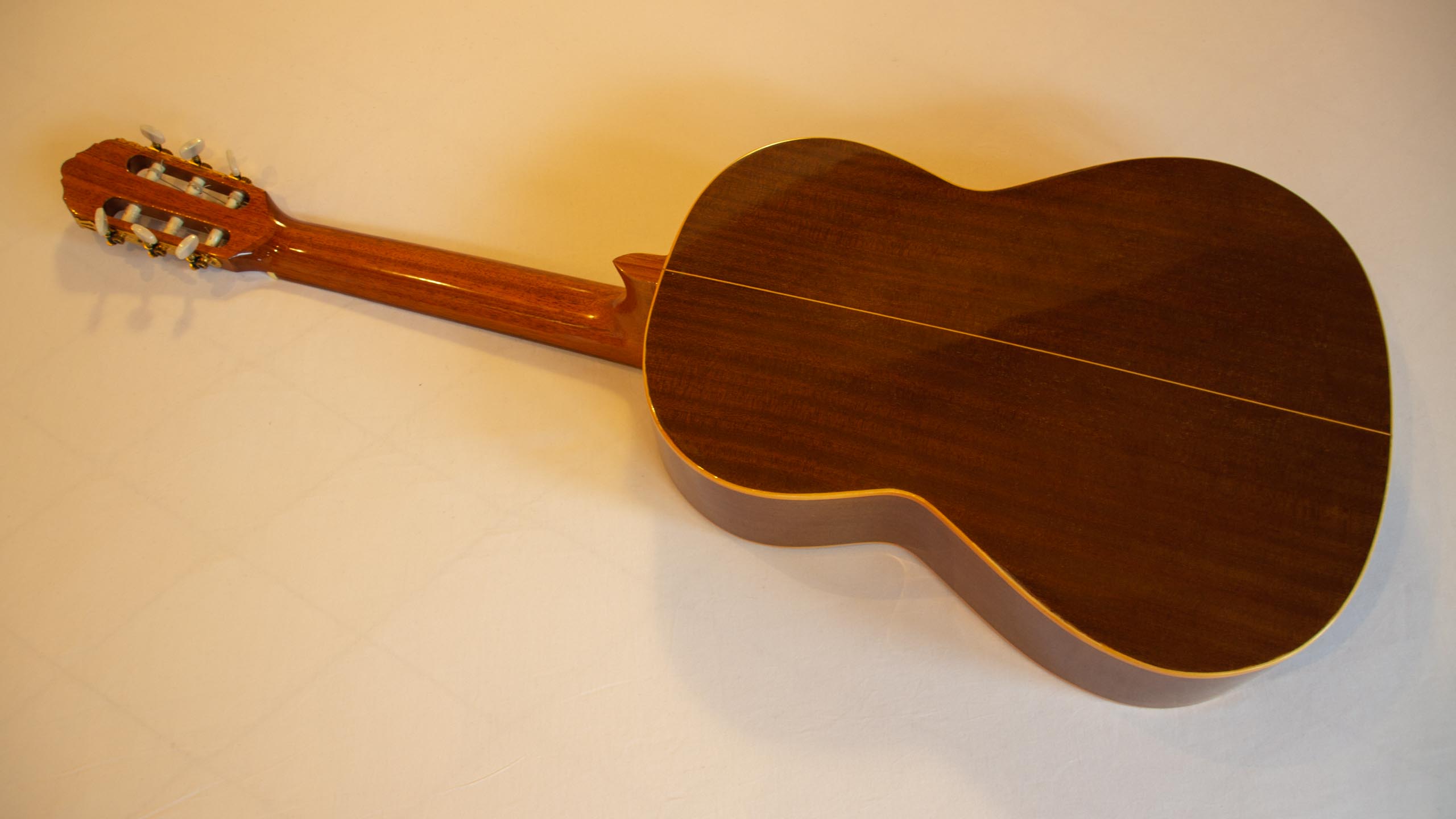 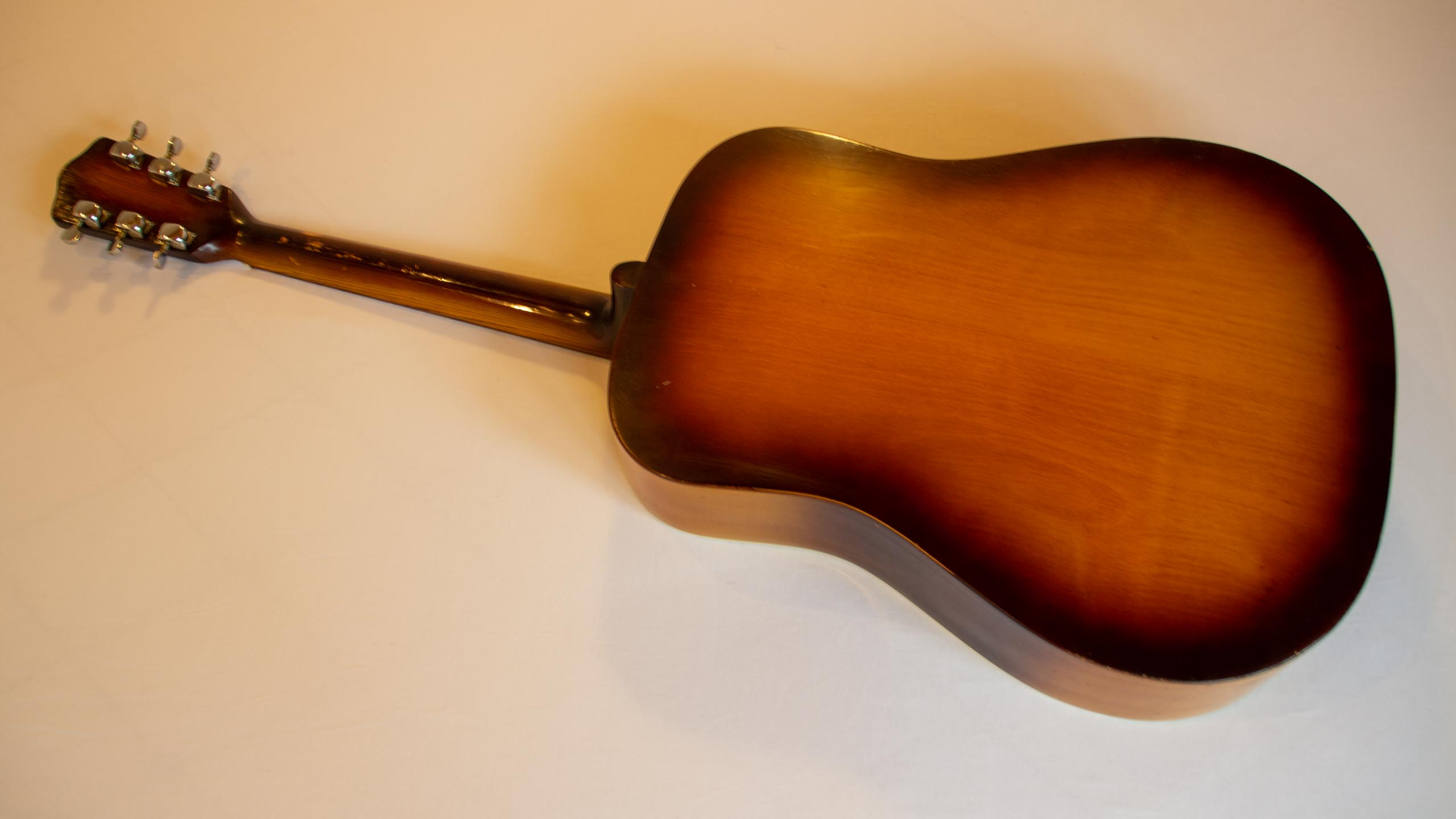 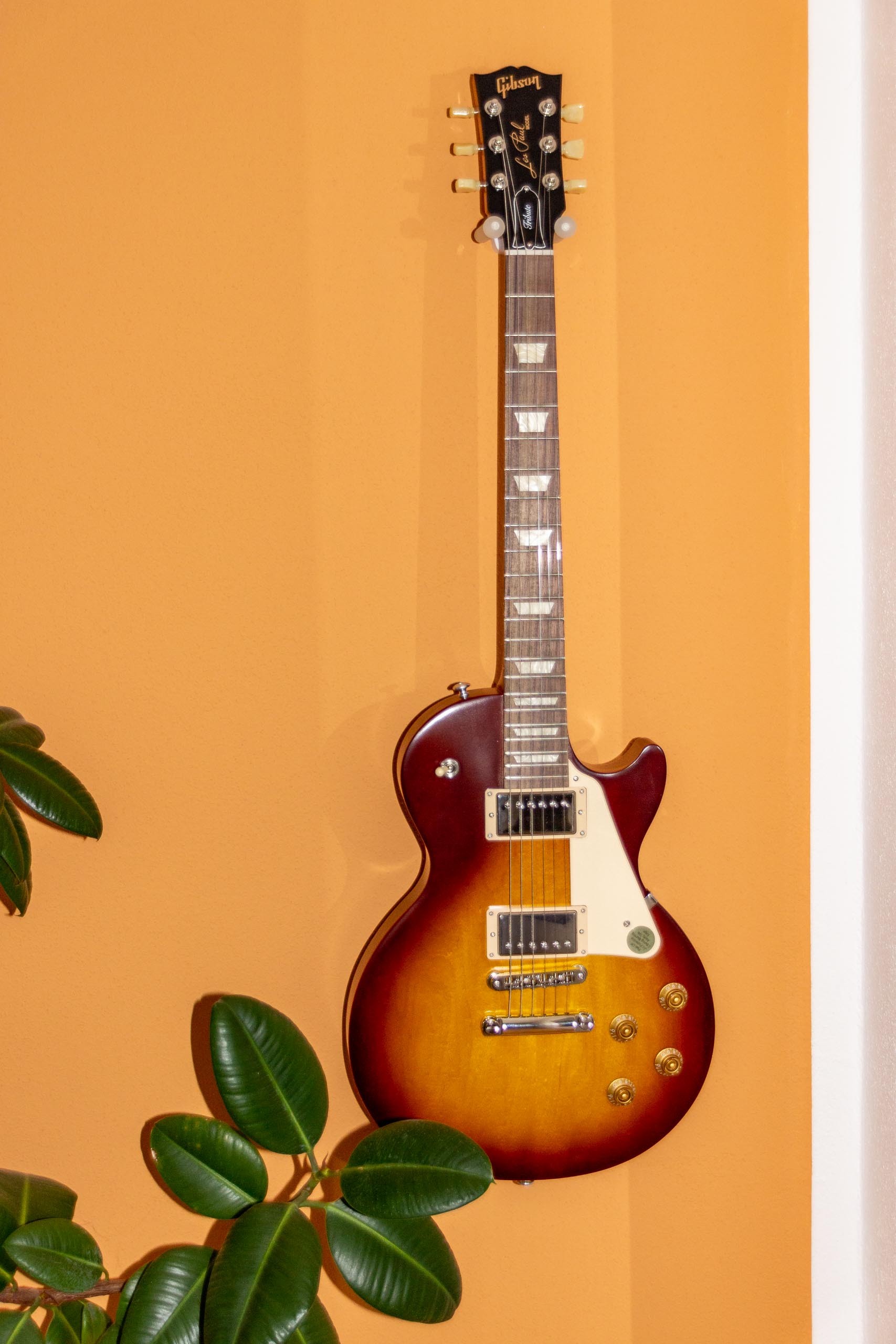 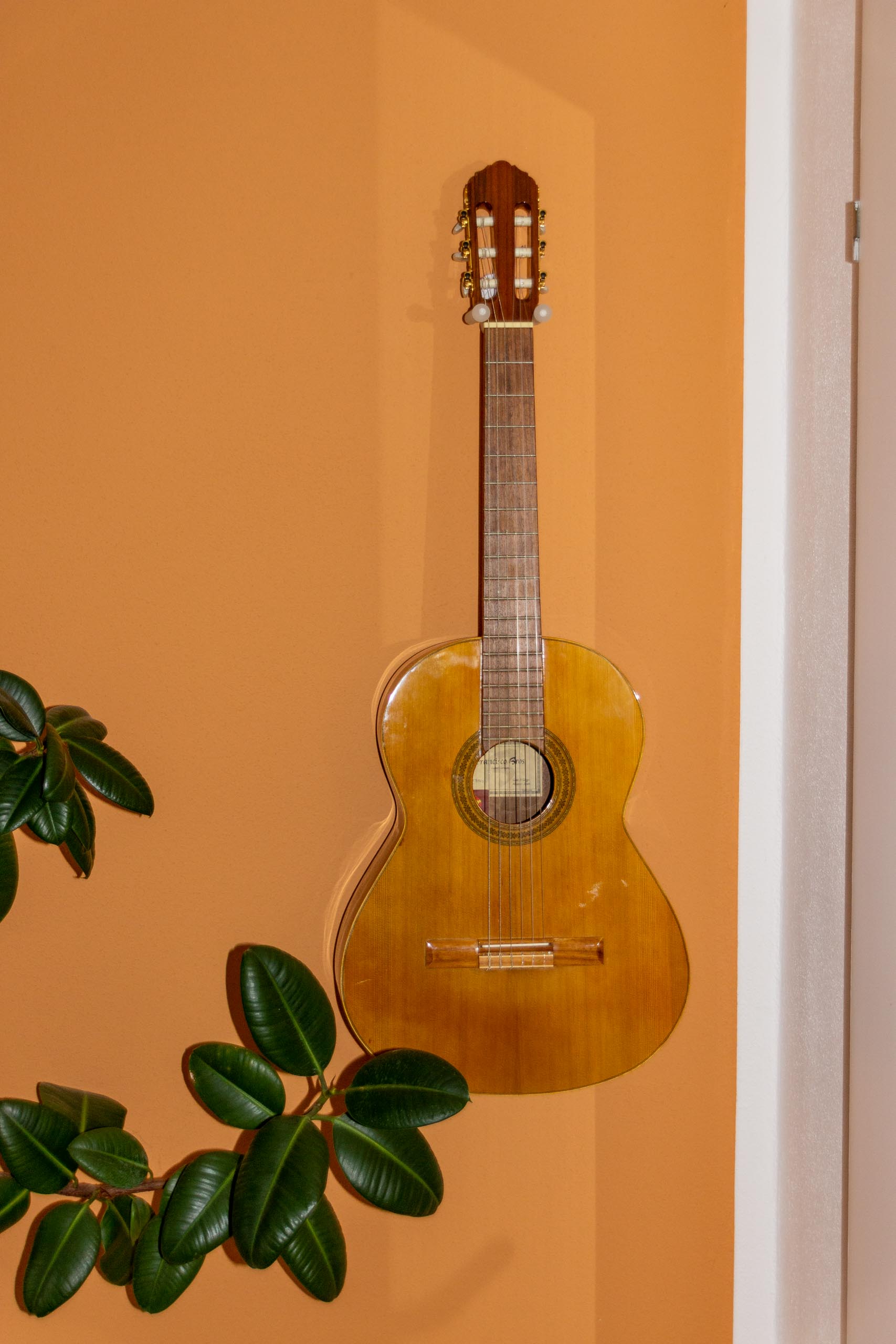 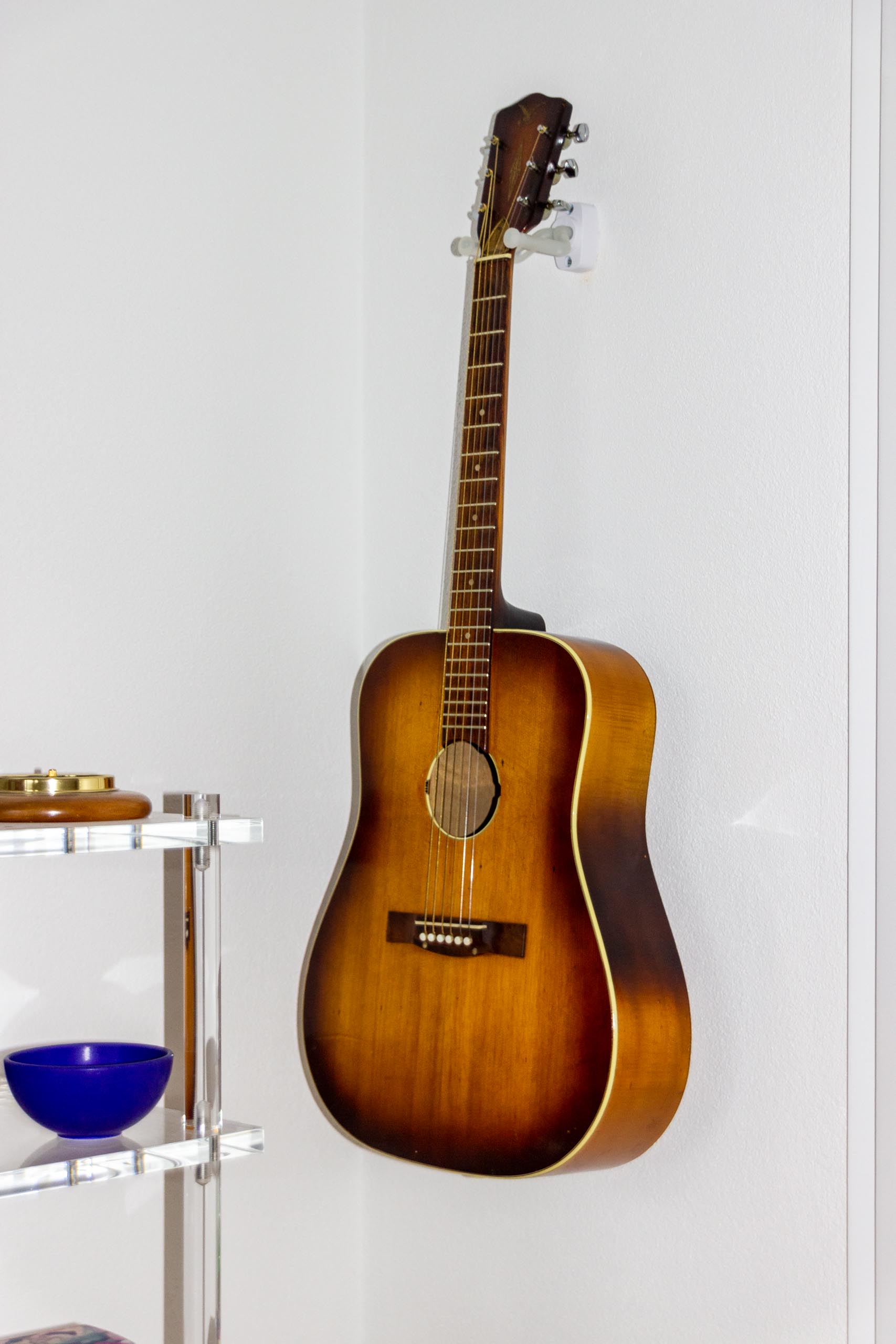 Last summer (2020), when this house was nearly completely re-decorated, we decided to get the guitars off the floor - they were standing in 2 corners of the living room - and hang them on some walls.

The older one, a steel-stringed blues guitar, went up to the red room, and the newer one, a classical Spanish guitar, stayed in the corner downstairs. You can see this in the last 3 photos.

And I decided it might be a good idea to start playing them again. I replaced the strings on both and, because the nut broke on the steel-stringed guitar, I took both of them to the Captain Guitar Lounge in Emmering. The nut was replaced and the actions of both guitars corrected. As the agony level was too high playing the steel strings because my poor fingertips were only used to stroking keys on keyboards, I pretty much only played the Spanish guitar with the nylon strings.

This week my new guitar arrived. And today the amplifier.

I bought my first guitar during my first year in Cambridge, in 1972 or 1973, from Gavin, a good friend from the Magdalene commune, who's now in Yale. I can't remember why he sold it, but I do remember that it cost all of 17 pounds, or around 180 Euros at current prices.

It's called "The Hawk" made by Boosey and Hawkes, probably from the 60s. Over the years I must have played this guitar quite a lot.

I bought my second guitar in July 2005 from Musikrestposten.de which no longer exists. I bought one for my younger daughter, Anne Freytag, the famous Munich author, and decided to get one for myself, because they only cost 140 Euros each. (I wonder which lorry they fell off.)

It's a concert guitar Mod. B - 10 Sapeli from Francisco Bros, Alicante, Spain. I didn't play it much for years but started again last summer, playing every day to get the callouses on my fingertips back. Since then I've been doing all kinds of courses on Guitareo.

As I mentioned, I bought my most recent guitar this week from Muziker and the practice amp to go with it, a Spark 40, from Positive Grid. The amp's not very big: in the last photo it's almost hidden on the left next to the left speaker.

It's a Gibson Les Paul Tribute Satin Iced Tea; it cost a bit more than the other 2 and I'm still getting used to how heavy it is. The Spanish guitar weighs not much over a kilo, the blues guitar just over 2, and the Les Paul around 3 and half. Here one can read: "a rounded maple neck profile and ultra-modern weight relief make the Gibson Les Paul Studio Tribute a pleasure to play". The older ones without "ultra-modern weight relief" weigh about twice as much.

It sounds wonderful. And from next weekend I'll be looking at all the snazzy things the Spark amp with its app can do.

So I've got a lot to do! Not just organising having a house built in Las Breñas …

This website uses cookies to improve your experience while you navigate through the website. Out of these, the cookies that are categorised as necessary are stored on your browser as they are essential for the working of basic functionalities of the website. We also use third-party cookies that help us analyse and understand how you use this website. These cookies will be stored in your browser only with your consent. You also have the option to opt-out of these cookies. But opting out of some of these cookies may affect your browsing experience.
Necessary Always Enabled

Performance cookies are used to understand and analyze the key performance indexes of the website which helps in delivering a better user experience for the visitors.

Analytical cookies are used to understand how visitors interact with the website. These cookies help provide information on metrics the number of visitors, bounce rate, traffic source, etc.

Advertisement cookies are used to provide visitors with relevant ads and marketing campaigns. These cookies track visitors across websites and collect information to provide customized ads.

Other uncategorized cookies are those that are being analyzed and have not been classified into a category as yet.

SAVE & ACCEPT
Powered by