I took all these photos using my Samsung Galaxy A21 and not my Canon camera. I used the panorama function because it’s much easier taking panoramas this way than taking a sequence of photos on the Canon and then merging them to panoramas in Lightroom. Although that’s fairly easy with the latest Lightroom version. I was impressed how good they were, although of course they don’t reach the quality of the Canon panoramas.

We went for a longer walk nearly every day because the weather was so wonderful. I only realised how wonderful it was after we’d been back here for 2 weeks experiencing the awful weather here.

On the 20th of November we drove towards Masdache to find the best place to climb up onto Montaña Tesa. We only walked about 600 metres, climbing from 336 to 404 metres (Steffi said it wasn’t climbing but walking). Which was certainly enough for me. The views into the crater, across to Montaña Blanca and right up to El Risco and La Graciosa were quite fantastic. So was the wind up there.

Over the years I’d quite often looked at the map and always wanted to drive up to La Degollada and then carry on the path towards Las Breñas. And although I’ve been to Lanzarote 20 times since early 1992 and spent nearly one and a half years there, I’d never got round to it. That was probably because we were always staying up north in Charco, Mala or Tabayesco and it was quite a drive down south anyway. But it was different staying in Tías and going down to Las Breñas fairly often to see what was going on with the house. So on the 28th of November we drove up from Yaiza (from 183 to 332 metres) and parked where the asphalt ended. You can read the rest in the text I wrote to the video which I took there.

We went for a lot of walks from the house where we were staying. And a couple of times we first drove up the church Iglesia de la Candelaria up in the north of Tías and then walked east from there towards Montaña Blanca. On the 1st of December I took a few panoramas.

By the way, I used FreeMapTools to find the elevations at the points I’ve mentioned. 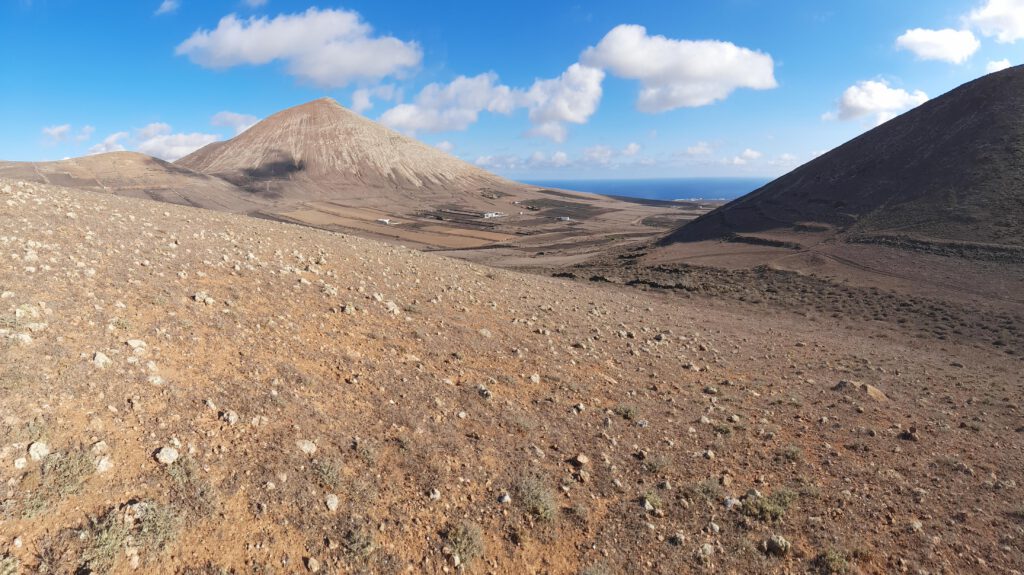 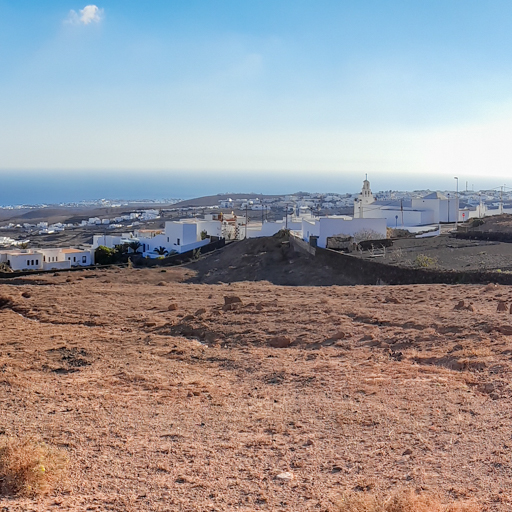 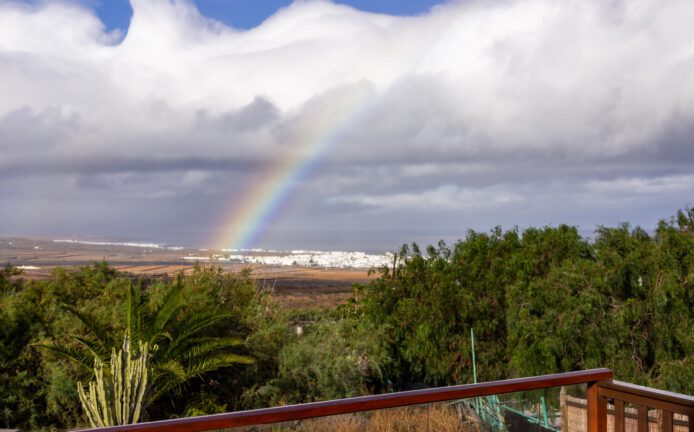