Let’s start this with a short preamble …

Normally (usually? is there a difference in this context?) I don’t write descriptive texts in pages containing galleries. I started writing such texts for the videos at some point and for all galleries at some later point.

But it wouldn’t make much sense to write descriptive texts for every room that was decorated so I’ve decided to do it this way.

That’s the end of the short preamble.

Originally we’d planned to have the cellar decorated sometime in 2021. But because there’d be too much to do then – clearing Steffi’s flat in Tübingen and her mother’s house in Kempten – we decided to have it done this year.

As far as I remember the cellar wasn’t done for 2 reasons when the house was completely renovated in 2006. I’d been living in a building site for too long and the whole renovation scheme was a bit of a va banque enterprise anyway.

So basically it – the cellar – looked awful.

Then we looked at the rest of the house and decided to have nearly everything done. “Nearly everything”: our office will be done next year because the 2 large tables will be going to Lanzarote and the wooden floor needs sanding and sealing; everything in the roof looked pretty much OK.

And the VAT reduction until the end of 2020 was a pleasant surprise too.

(By the way: in each gallery the latest photos are at the beginning (so the sort order is “after”, “during” and “before”). And I took all these photos as jpgs using my tablet, because that’s the easiest way to do panorama shots.)

Starting at the beginning of July we got 4 quotes from 4 companies. In the end we decided to take the quote from the company that did a major part of the decoration work in 2006.

On the 24. August the painters arrived at 7 in the morning. Not really our best time, but at least we managed to persuade them to arrive at 7 and not half past 6.

During the previous week we’d emptied the laundry / supplies room, the hall and the tool room putting everything into the guest room. When they finished those rooms – including the floor – we put everything back and cleared the guest room so they could do that.

We cleaned everything we moved. We hoovered the floors, walls and ceilings; we cleaned all the supply pipes; we replaced the sink next to the washing machine; we threw away an amazing amount of junk.

And so it continued.

When the weather was good they did all the work outside: all the windows, the doors and so on.

They did the entire staircase in a day and then everything on the first floor – the red room, the bedroom and the bathroom. They finished with the kitchen and living room.

In all they took 8 days and did a wonderful job.

Now this place looks so good, maybe we should re-consider moving to Lanzarote next year … 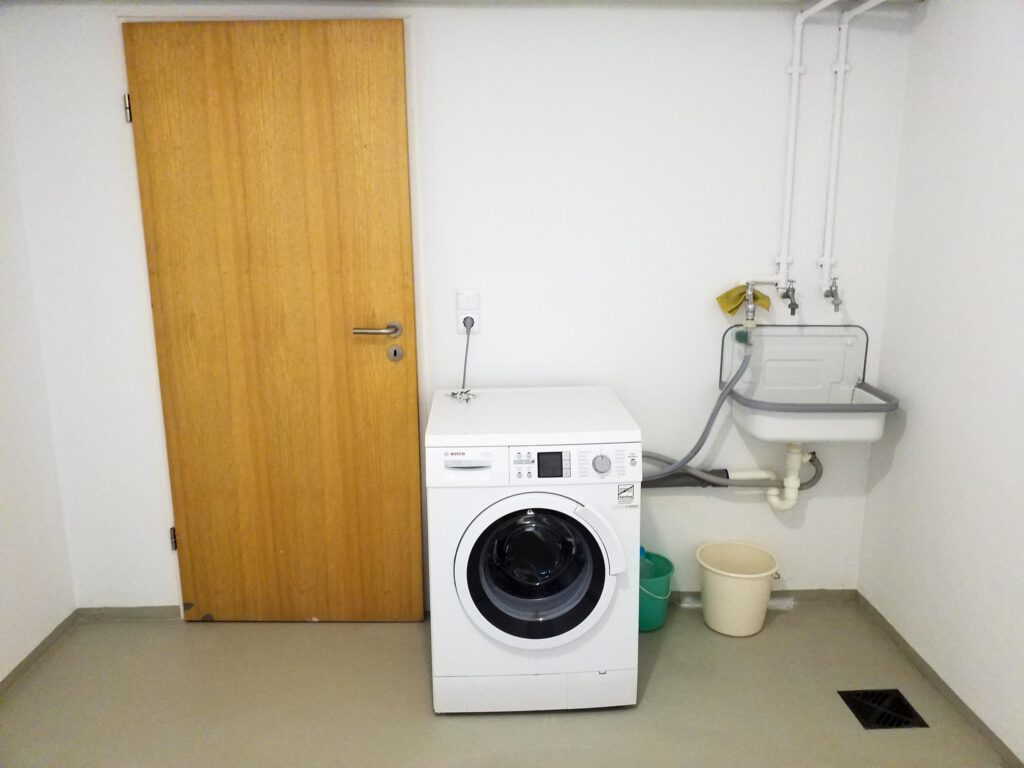 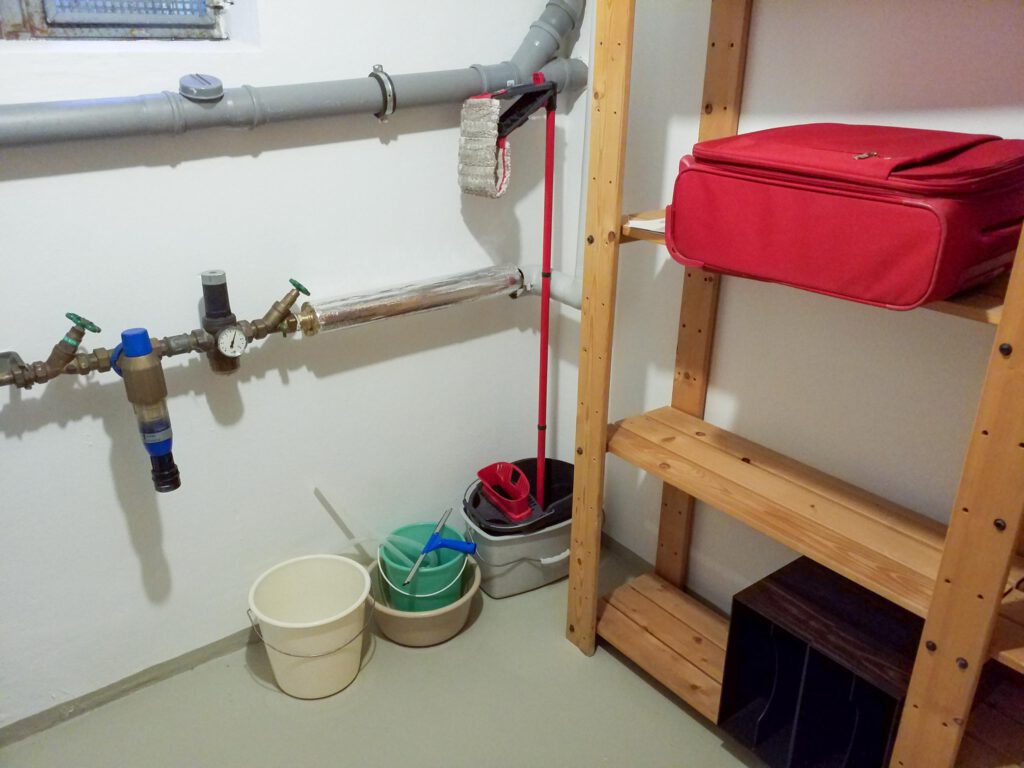 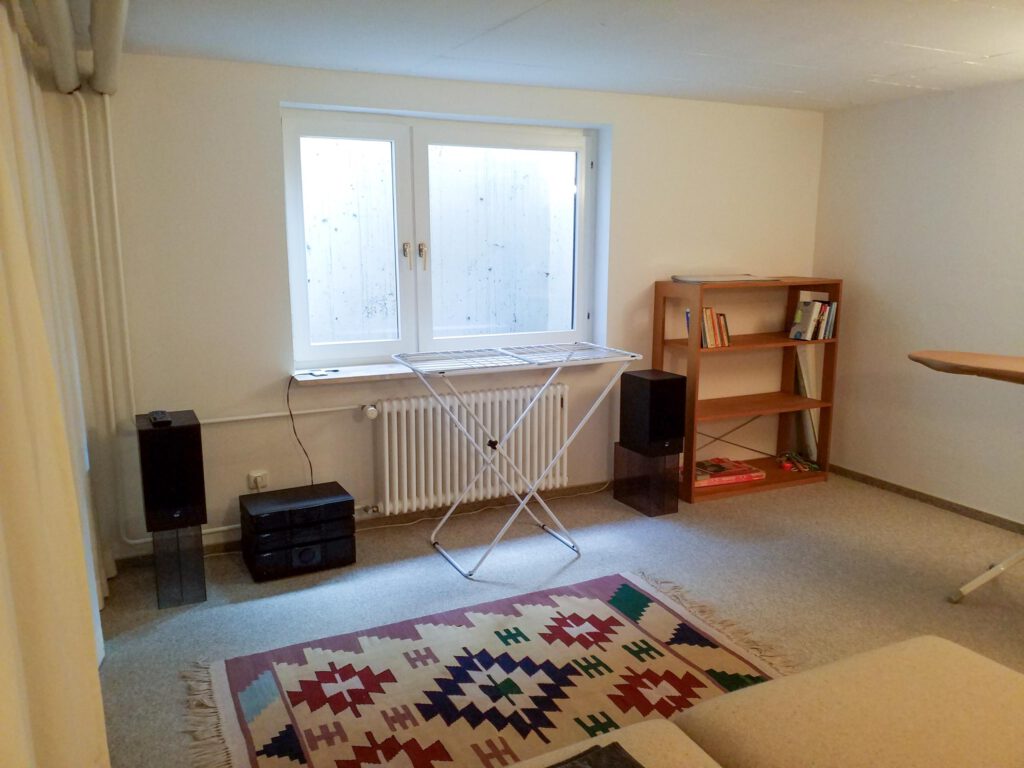 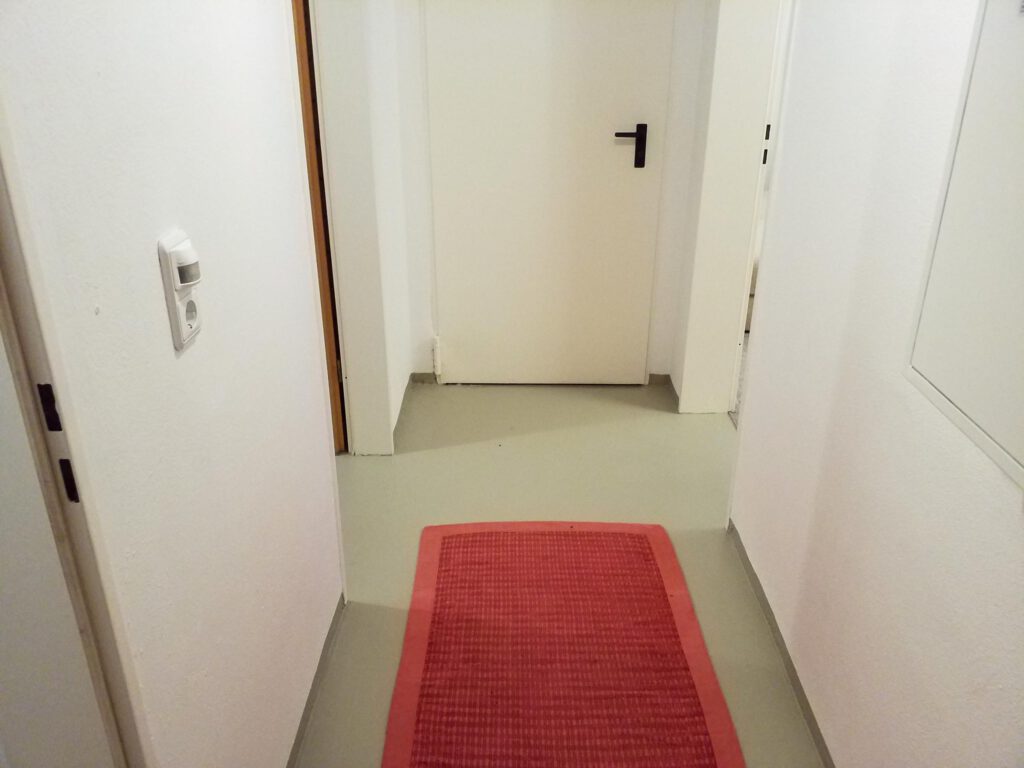 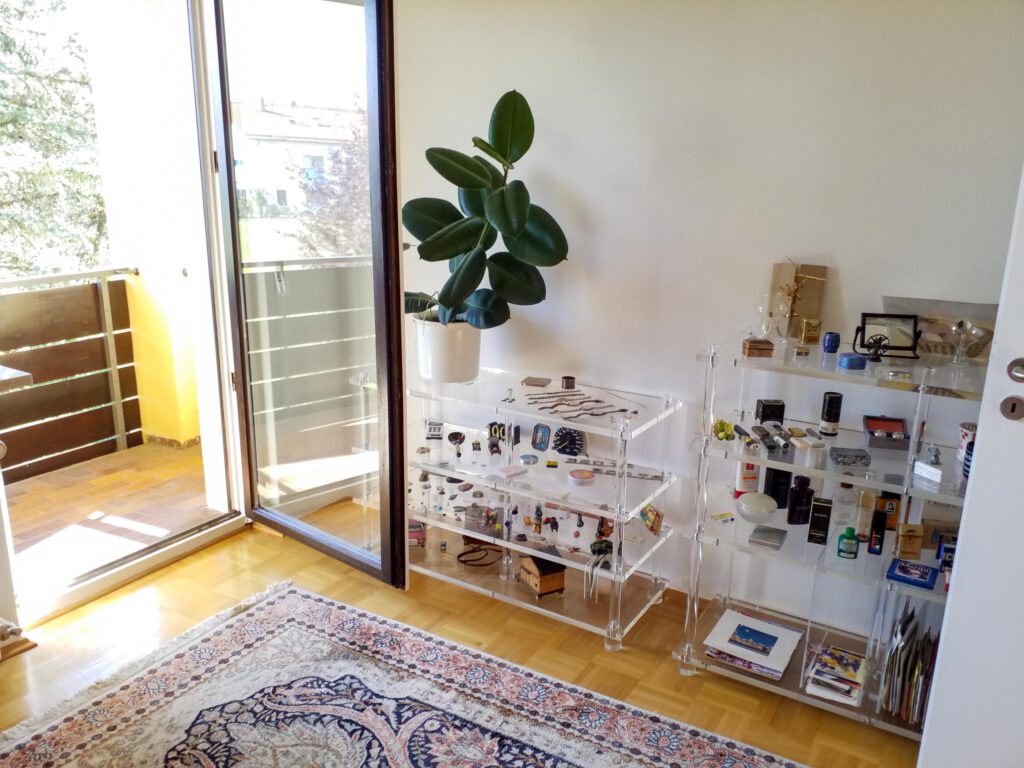 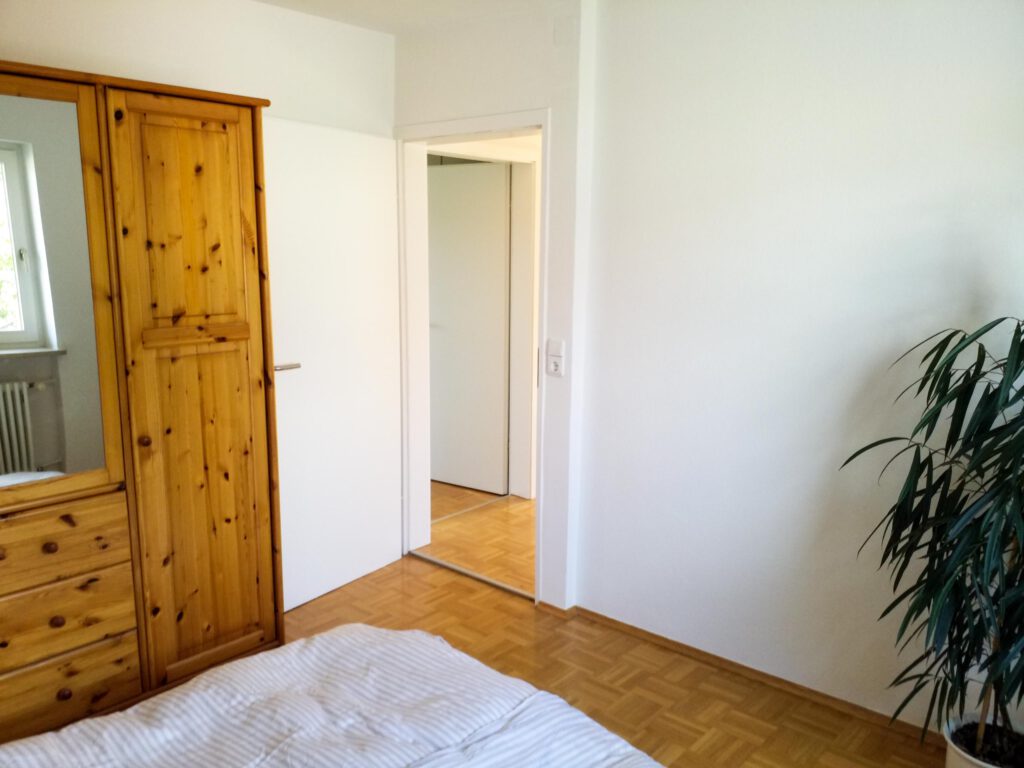 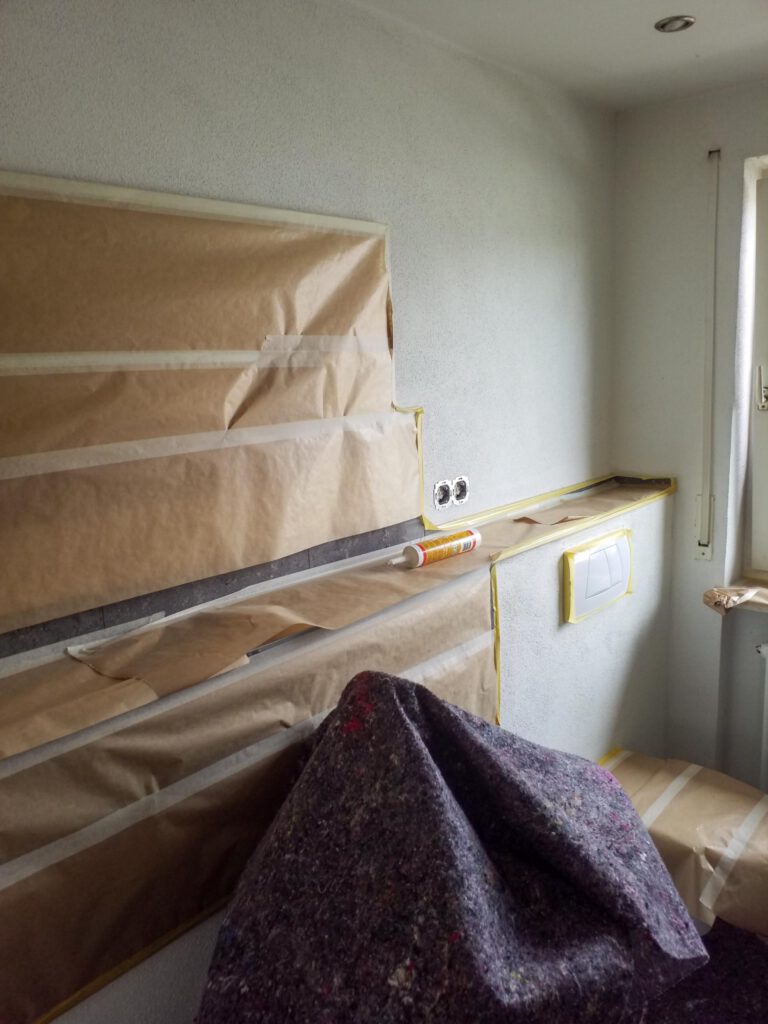 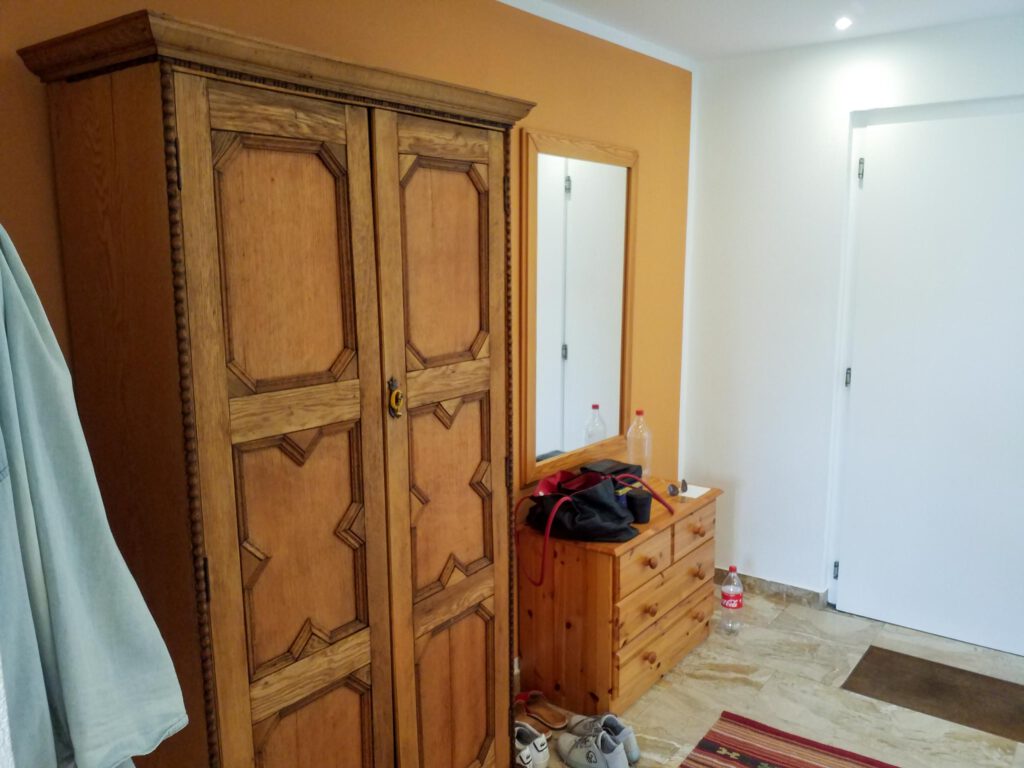 the stair case
and halls 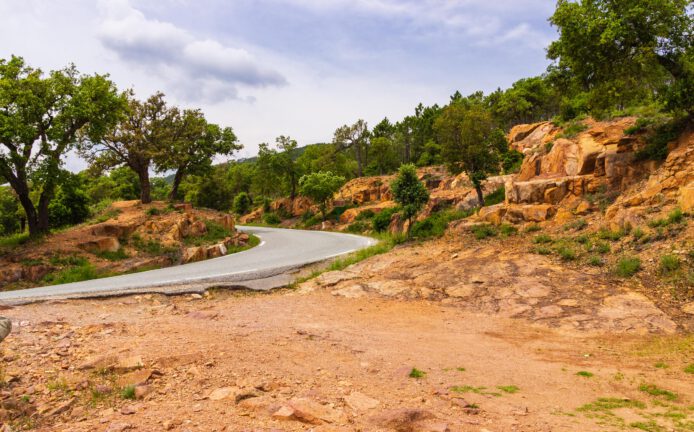