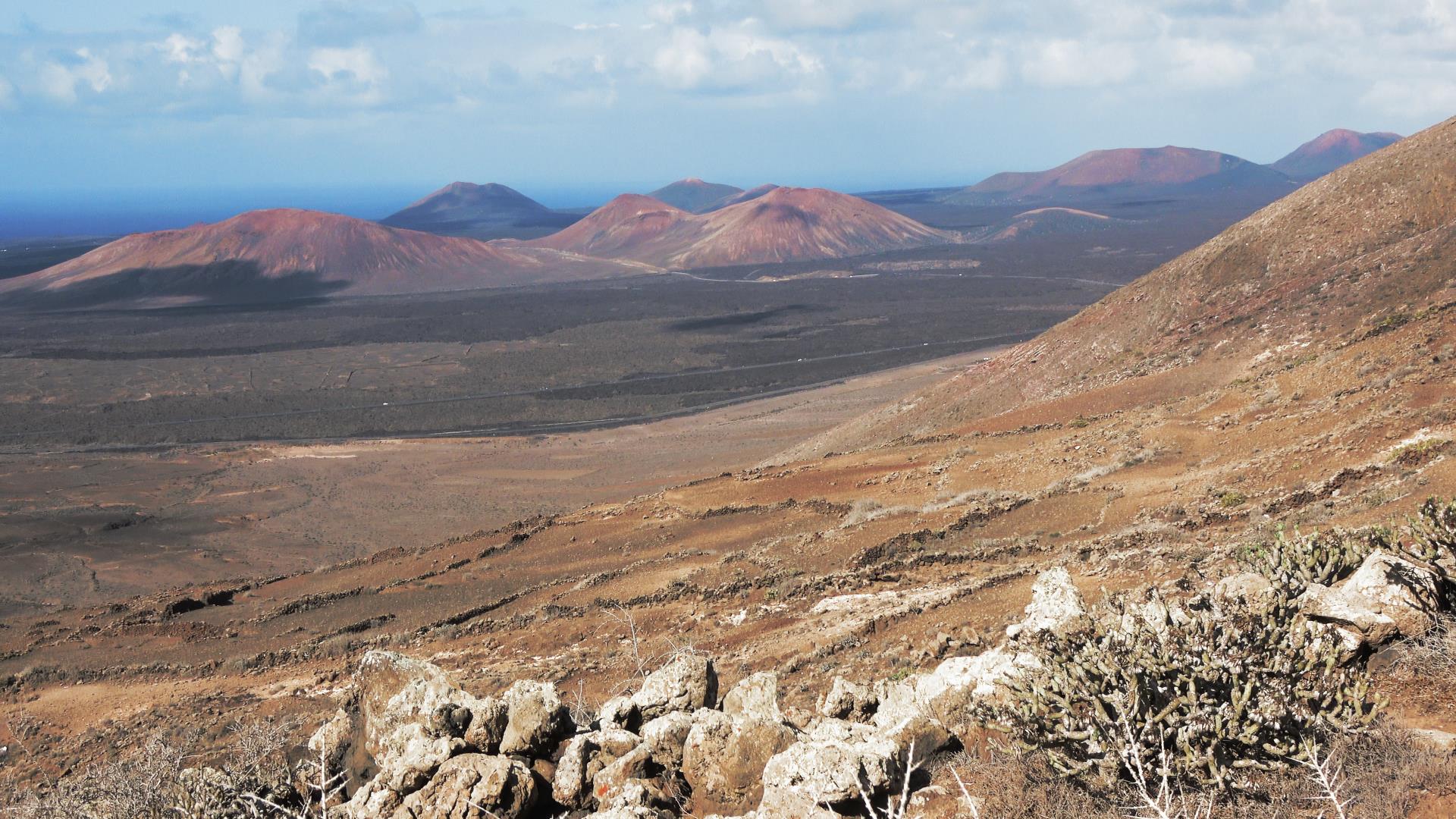 We drove up from Yaiza to La Degollada, turning off the main road at the Plaza de Los Remedios. And then we drove as far as we could until the road ended just after the village of La Degollada.

We met some people flying their drone: it’s very impressive how well the DJI drones fly in such a stable way even in such a wind. I wouldn’t have risked it.

We then started to walk along the path south-west towards Las Breñas. There were some very impressive views across to Timanfaya and the Atlantic. After about a kilometre we turned round.

The view from the road driving back towards Yaiza across to Timanfaya and La Geria was also very impressive.