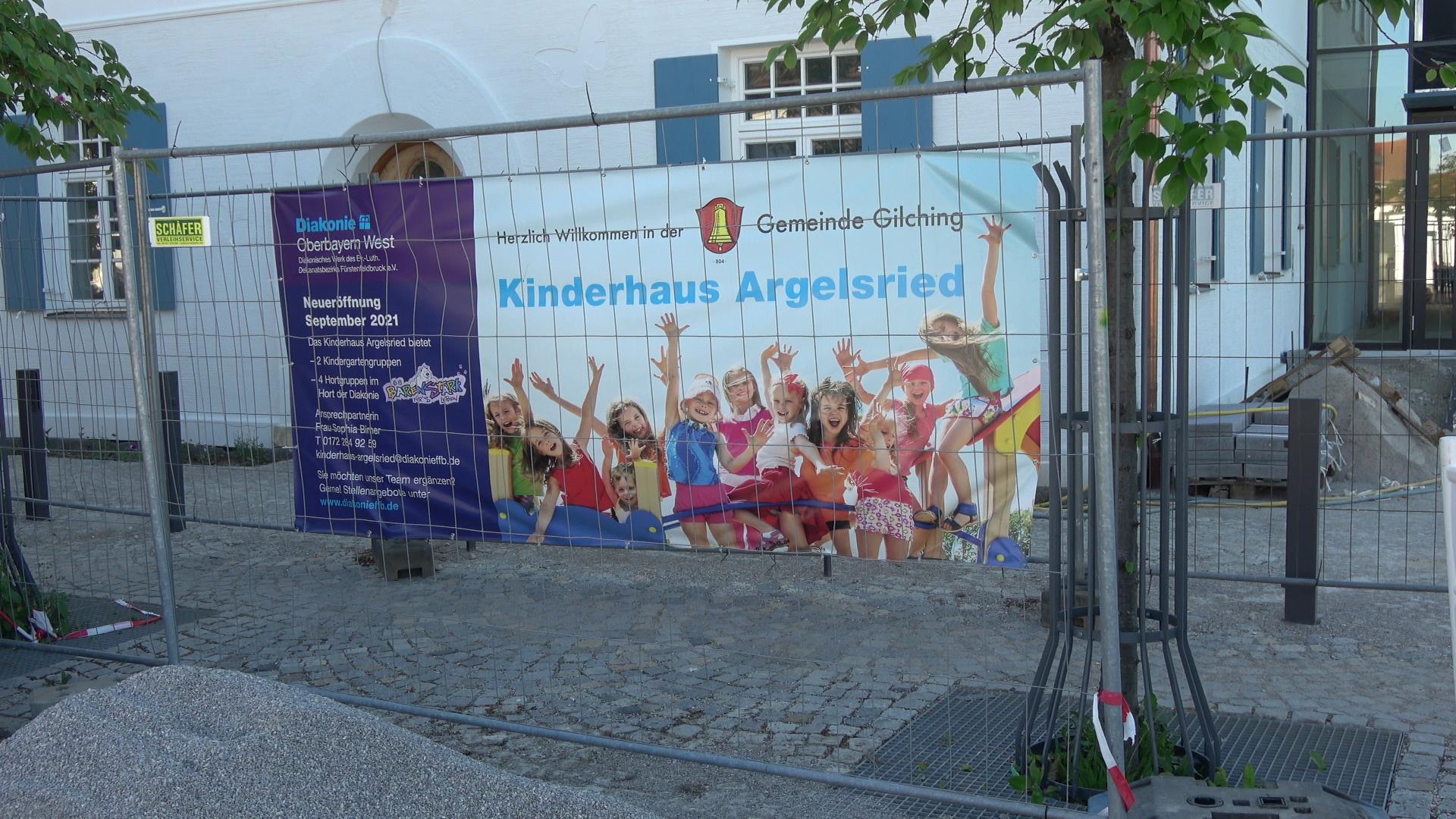 Soon the new “Kinderhaus” opposite us in Münchener Straße will be finished. Because people didn’t want it pulled down, the local council decided to spend millions renovating it.

The racket and mess started in December 2019.

When I moved here at the beginning of 2002, this school was the local primary school. With 2 classes and the children arriving on foot. This was fine.

In September 2005 a Montessori school was established in the building. Awful! With Montessori parents parking anywhere they wanted to and Montessori children. I’ll stick to the word children although I could think of a few others.

We suffered all this until July 2017, when it moved to a new building in Gilching. What bliss! 2 years of silence from across the road until the building work started.

We doubt it will be much better with the new school than with the Montessori lot. It’s just the wrong place for a school – on a road with 6,000 vehicles a day where most of the drivers ignore the speed limit. At least we’ll be moving to Lanzarote next spring and only using this house occasionally, hopefully only in the school holidays.