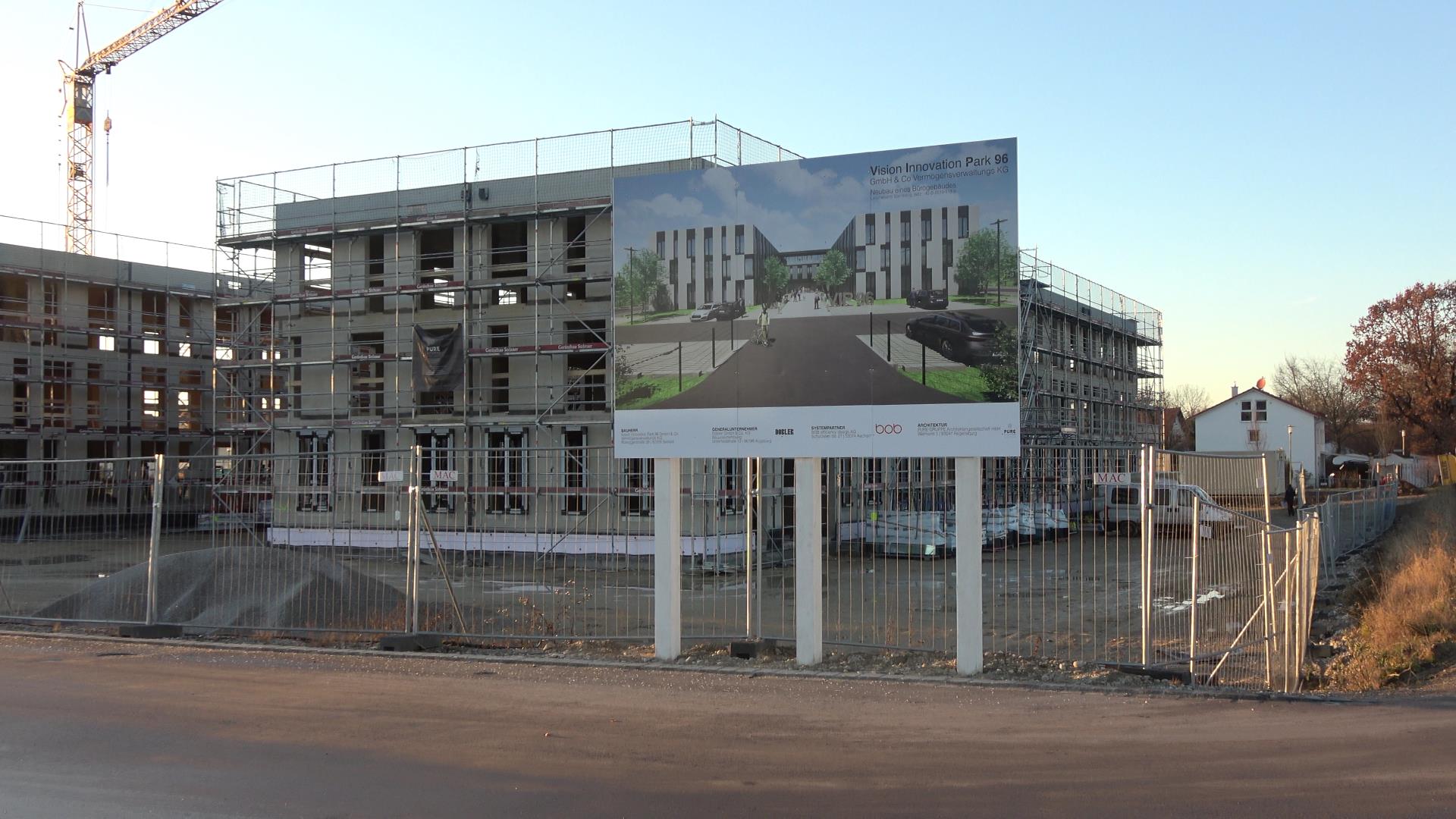 There’s just as much going on now – mid-December 2020 – as there was at the beginning of August.

When there’s a high-pressure area around here in winter, it’s either awful weather with fog or high fog, or it’s wonderful with clear blue skies. And in either case pretty cold. On the day I took this video the fog had lifted. I took these clips between a quarter to four and four just as the sun was going down.

Most of the buildings on the south-east side of Ferdinand-Porsche-Straße have been finished; just the one on the corner of Römer Straße is still only foundations. There’s been a lot more work done on the production and office space building of the Vision Innovation Park 96 GmbH & Co. KGO using the BOB (Balanced Office Building) concept on the north-west side of the road.

I had never intended to use the original soundtrack because I found this wonderful version of “Silent Night” from Justin Johnson on YouTube. I do hope he’ll forgive me for using it as a soundtrack to this business park. I’ve included the links to his video and channel below.